Yesterday, Turkish authorities started a new offensive against the north and the north east of Syria.  Turkey, having been led for almost two decades by the arch-terrorist Rajab Tayyib Erdogan (Receb Teyeb Erdogan), is heading toward a new war in the Middle East- an event that will complicate even more the already-complicated and perplexing situation in the region.

The peoples of the Middle East and Minor Asia know well the destructive role that Turkey has been playing for centuries.  Armenians, Kurds, Assyrians, Syriacs, Arabs, and others in Europe suffered and some of them are still suffering a lot, sometimes immeasurably, by Ottoman and Turkish rule.

It’s clear that Erdogan is haunted by the myth of his own ancestors.  His new palace in Ankara, and many of his deeds and speeches prove that this man considers himself a new Sultan (emperor, king) of his own country and the other countries, mainly Arab, that were assimilated by the Ottomans in the 16th century.  The last of his weird utterances is his tweet in Arabic yesterday, when he described the troops attacking the Syrian territory (constituted by Turkish soldiers and some Syrian Jihadi mercenaries) as a “Muhammadan Army”.  Obviously, the man, even if he was being just demagogic in this tweet, is reintroducing the language of new imagined Caliphate.  But this is not a sheer demagogy, Erdogan has been publicly supporting the Jihadists in Syria since at least 2012, aiding them with fighters (through Istanbul airport), food, communication tools, experience, and above all weaponry and armaments. 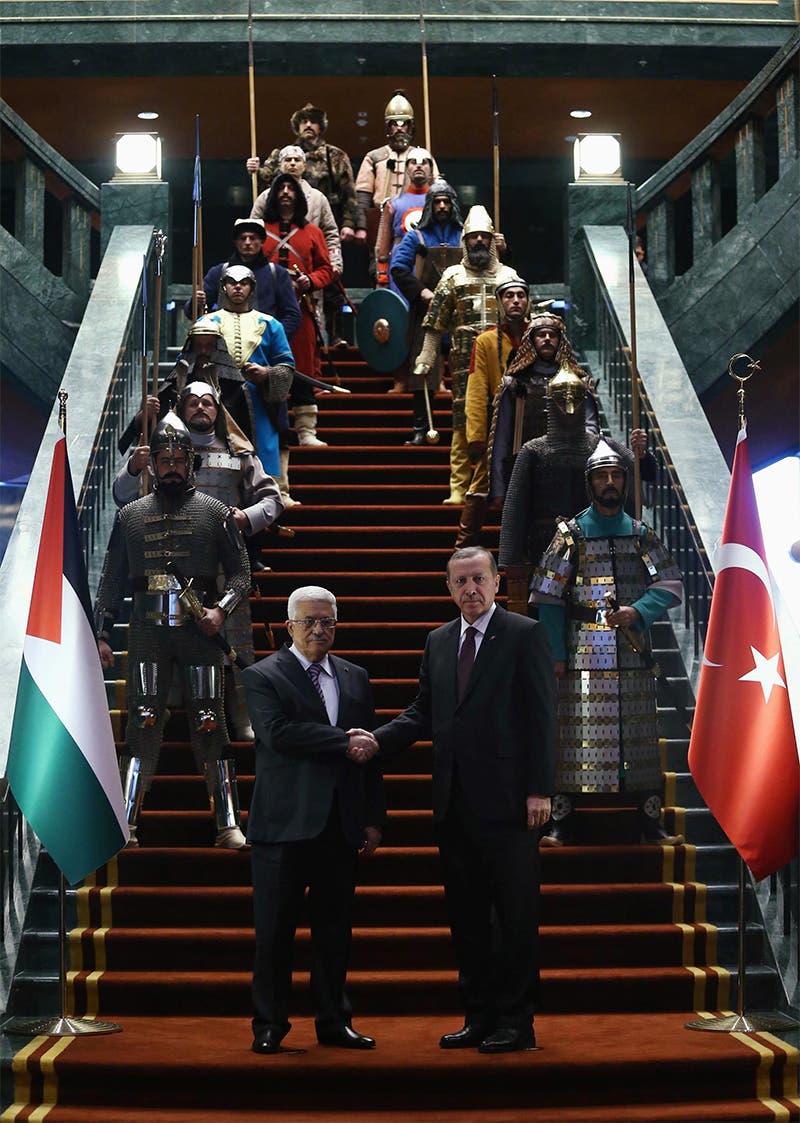 It is true that the Kurds have made a grave mistake by announcing, unilaterally, a self-proclaimed independent administration in the north and the north east of Syria, usurping by this act the main Syrian resources of oil, wheat and cotton, which constitute the national food security of the whole of Syria and the Syrian people, it is true that they have made this mistake, but this does not mean that Turkey has any right in intervening in Syria which will certainly result in suffering and new massacres.  Turkey will be out someday, but how?  Will it prove that in each century, since the 17th century, it should receive a huge strike that makes it shrink geographically?  Turkey has been shrinking, slowly, since the Battle of Vienna in the last quarter of the 17th Century.  Will it happen once again in the 21st century?